Open Data. Open up to a new world (random reflections)

I have recently been reawakened to the fact that the world is changing – at far more profound ways that I was aware of when I took my sabbatical from the information world in 2006. The major catalyst to this realisation was that I was roped in recently to work intimately on the development and launch of Kenya’s Open Data initiative, where Kenya for the first time in Africa, released vast data sets related to population, the economy, all layered upon the geographic spaces that we have created in the new constitution, the counties.

It was interesting that this specific initiative brought together the most dynamic minds in and around the ICT sector – all led by the enigmatic PS, Dr. Bitange Ndemo and his team from the Kenya ICT Board, Paul Kukubo and Kaburo Kobia (who heads the Tandaa programme – National Digital Content) ; a team from the World Bank from Aleem Walji and Kaushal Jhallah, Tracey Lane (she is a true force to reckon with where analytics are concerned) and Chris Finch; Michael Murungi from the National Council for Law Reporting; ICT gurus Jay Bhalla, Athman Mohamed (who also works with Trademark East Africa) and Erik Hersman among many other people. I drop these names so that I can lay on the line one of the most important lessons in any national open data project: It needs to involve as many stakeholders as possible – so inclusiveness is a must – but they must be the most aligned, energised and focused group of people. A national open data project is a project and not a political movement (even though it has remarkable political impact).

But I digress. Kenya has kicked ass by being Africa’s first country to release data sets as comprehensively as it has – therefore joining a select group of countries in the world that have been at the forefront of this area and decidedly becoming a front-runner country to join the newly formed global alliance for open data, The Open Government Partnership. There is a lot of excitement right now on this accomplishment but I think it is necessary to locate the whole initiative in some context.

The acclaimed futurist (and I want to grow up to be like him when I grow up), Thornton May, who is the Executive Director of the IT Leadership Academy and Author of  The Knew Know, posits that we are currently in the hinges of history – a space in time when things are in the active process of change. This I believe to be true especially in Africa.

When we launched the Kenya ICT Policy in 2006, the major issues that Kenya had to tackle were three:  infrastructure (we are now fibre-connected with way more bandwidth that we know what to do with); access (this has well been achieved by the 26 Million mobile phone users, a majority of whom are accessing the internet using the phones and modems/ internet dongles) and Content (which we have achieved at tremendous levels – what with at least 10,000 developers developing amazing and innovative apps for better dissemination of content). I hasten to add that in Kenya we have also made significant progress in beginning to bring government to the people through the e-government initiatives at the Office of the President. 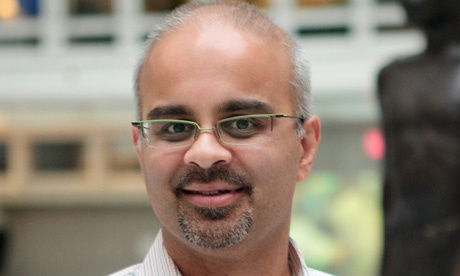 The change that we are ushering now has several fronts, taking the above gains to the next level. Others have said it better than I have: Aleem Walji of the World Bank has two blog posts with ideas that I recommend for consideration: (I para-phrase) – that we must move beyond the idea of Open Data to Open Government and that we should pursue a new social contract between government, civil society, business and citizens to solve social issues: from e-government to weGovernment.

Let’s simplify this issue a little: What is Open Data really about?

Lets end this random ramble with a specific demonstration. We have heard of the economic downturn that cause the world to tremble in 2008-2009. Jonathan Jarvis developed a visualisation that helped me finally understand it. Check it out.

Just to mention, first african country to open up its data was Morocco, not Kenya.