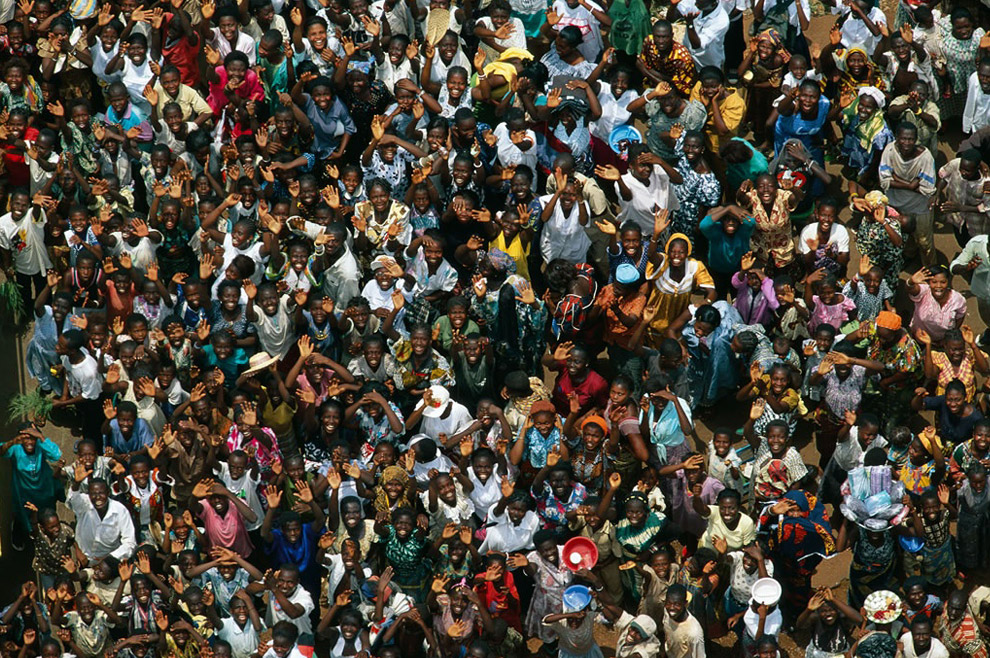 Can youth speak for themselves?

Are youth capable of leading Africa out of trouble? I recently heard President Olusegun Obasanjo, formerly of Nigeria speak of a letter that he received from a 27 year old young lady (given his advanced age, he called her a girl, and to him she must be), wherein she wrote of her concerns as a young person. He read in the letter that she was constrained to write the letter because  she was worried because, “We have a past that I do not understand, we live in a present that is confusing, and we have a future that I don’t have confidence in.”

Side note: The Convention in much of the world is that once you have certain titles, you have them for life. These include General (of the army), Doctor (of Medicine and of Books) and I dare say, President. In Africa, it is often necessary to clarify that you are speaking of a former president by adding the pre-title, “former” – but it is unnecessary.

I was persuaded by that statement, to write this blogpost, because such is the status that every African who is under the age of 40 years old, lives. It gets worse as the age is younger. A 38 year old person, in Kenya, such as I am, has lived the first 24 years of their lives under a dictator, in what was arguably the worst time to be a Kenyan post-independence. We were alive, when parents would be snatched from their homes at night, disappeared for days in a dungeon where they would be tortured and then arraigned in court at night, before judges who were too afraid for their lives and who, therefore, had only one option but to convict and sentence. Their judgement was made easier by the defendant who usually had confessed in order for the torture to stop.

We were alive when all of our older siblings sought to live the country by hook or crook – they would go to the US or some western embassy and lie, having forged papers to prove their return. Alternatively, they would travel genuinely for school or church mission and when they were on the other side, they would disappear into the night, never to be heard from again until they started to send the much needed dollar, pound, Lira or Deutche mark (US, British, Italian and German money – the latter two before the Euro).

And then we were alive when the so-called second liberation happened. The dictator left and there was a breath of fresh optimism in the country and prosperity and freedom were in the offing. Or were they? We have lived on to see the birth of a constitution that has been globally hailed as the most progressive in ages. We lived to see a glimpse of Kenya at war with itself, when blood actually spilled in the first few weeks of January 2008. And we are alive now to see the most wanton theft of public resources, in our lives.

In all of this, I observe that the people who substantively did the work on that liberation, the new constitution and in our lives as they are today are the same. Raila Odinga, Moi, Kenyatta, Ruto (he of the YK92), Meru Governor Kiraitu Murungi, Kibaki… the list goes on. Even in the Civil Society you have the same names that have been around these 30-40 years – Tade Aina, Janet Mawiyoo, Yash pal Ghai, Betty Kaari Murungi, Ezra Mbogori, Makau Mutua, Davinder Lamba, Maina Kiai. Some of the people in government, used to be in the civil society and others in civil society had a brief stint in government. They all have in some way contributed to where we are now.

But then that quote, “We have a past that I do not understand, we live in a present that is confusing, and we have a future that I don’t have confidence in.”

The present that we are in is confusing because, I believe, we are the generation that is at a junction. The previous junction was the generation that saw the extinction of dictators, who themselves were freedom fighters who oversaw a previous junction – that of independence. I observe that the great men of the sixties, who saw us out of colonialism, Nkrumah, Kenyatta, Nyerere, Mboya, Lumumba (of Congo), and so on were all in their 20s. Mwai Kibaki was first minister for finance at 34, having already been an MP a number of years. Kenneth Matiba was PS at 34. Tom Mboya was Minister for Justice at 33.

We are at a junction at which life is changing at the fastest pace in history. The technological advancements in all fields are astounding. Just 20 years ago, we had to stand in one place to make a call, today we speak to people thousands of miles away face to face. Just 10 years ago letters were still relevant means of communication. Today they are all but extinct. We are at the point when self driving cars are fast becoming common place and prosthetics for severed limbs are as real as flesh.

We are alive when people from around the world aspire to the same things, dress the same cloths and eat the same foods. The challenges facing people in one country in Africa tend to be the same as in other countries. We are alive at a time where many of the old systems are progressively becoming extinct and a new world order is coming in socially, religiously and politically.

It irks me lately to see older folks speak to what young people need and it essentially annoys me to hear them speak patronisingly of youth. It irks me that in most youth conferences there tend not to be many youth at the foreground. There are clichés that relate to how people talk about youth and what they need – jobs, but not high level ones, vague opportunities and generalised investments in their welfare. We see senior government appointments of elderly people who do not have the capacity to empathise with the contemporaneous circumstances that young people find themselves in.

What is lacking is youth speaking for themselves. I have had cause to wonder why and unfortunately, I don’t have an answer. But some of the questions that I am currently grappling with include: